The store will not work correctly in the case when cookies are disabled.

All of the latest news and insights into the electrical world, from Fastlec. 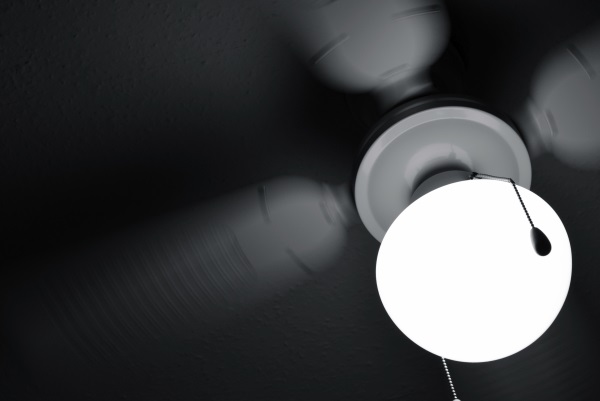 A Ceiling Fan for All Seasons

Posted byRobin Laverick on May 7, 2019 in Tips & Resources

What a promising start to the summer we've had. Okay, so it doesn't necessarily mean we're in for glorious sustained sunshine, but April weather has largely been a welcome treat. I'm writing this from darkest West Sussex, so apologies if you haven't enjoyed the same weather as I have.

Buy ceiling fans online with same day despatch and free UK shipping or call us on 01903 255424 to order via phone.

When we do have a great summer with temperatures up to a scorching 36.7C in recent years, and in the absence of an outdoor pool with swim-up bar, we hid in the house, curtains closed, windows shut. What I would have given for a draught of air On that day, and on several days since, how I've yearned for a ceiling fan. An upright fan we have, bought after my daughter was first born and takes pride of place in a corner of our loft due to the ridiculous amount of noise it makes. Noisier than a newborn!

We are looking forward to purchasing an air conditioning system soon, but a ceiling fan, that's more attainable in the meantime.

If you're the lucky owner of one of these devices you may have actually made more of an investment than you thought. Yes, they're great in the summer, but did you also know they could serve you just as well in cooler months too? And it's all about the direction of the fan's rotation.

"there's no point leaving your ceiling fan on when you're out of the room. It won't cool the room for you"

If you have one take a little look at it. You'll notice how the blades are angled, and yes, this is pretty obvious, but this is so that it can do its job of directing the air. To keep the occupants of a room cool, the fan blows air in a downward direction (this would generally be in a counter-clockwise direction). It is this movement of air that helps us regulate our body temperature by accelerating perspiration evaporation on our skin.

Turn your fan on and then stand underneath it. If you can feel a draught on your head then you have it set at the right direction for hot weather. And remember, it's the draught making you cool, so there's no point leaving your ceiling fan on when you're out of the room. It won't keep the room for you. 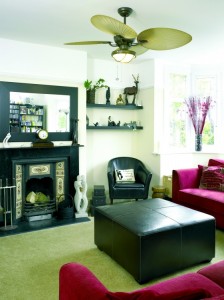 Great news for your business premises; ceiling fans when combined with air conditioning units make the air temperature feel even cooler! So investing in some ceiling fans could help you save on utilities in the summer months.

Now, this is the interesting bit, some fans have a switch to change the direction of rotation. And, no it isn't there just to confuse you. It does actually have a purpose.

You can use ceiling fans in the winter (in a clockwise direction). The change in direction pulls cooler air upwards, which in turn pushes the warmer air outwards and then downwards towards the ground, which let's face it is where you want the warm air to be, unless of course, you're Dick Van Dyke in Mary Poppins having a tea party on the ceiling.

By regulating the temperature in this way, you'll be able to turn your thermostat down a little and cut down on your energy bills this winter. Take note, though, you should run ceiling fans on their lowest speed in winter in order not to create a draught.

If you're looking to invest in a ceiling fan then you'll probably want to bear this in mind when making your choice. Have a good look at what's on offer and if you can, choose a model that you'll get use out of for a greater part of the year. I've almost convinced myself now. Just the other half to convince.

Check out our prices today: